Launch of The Creative Dimension Trust 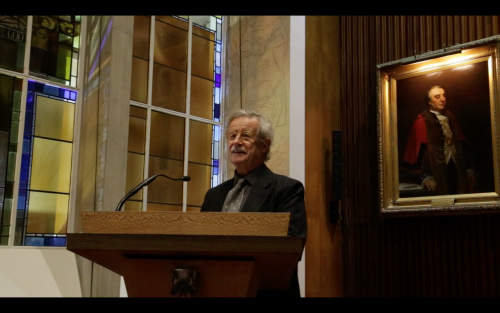 
The Creative Dimension Trust was formally launched at a reception in London on Thursday 10th November 2016.


The event was held at the Carpenters’ Hall in the City of London.


The reception included speeches by the founder and CEO of the Trust, Penny Bendall, and a patron of the Trust, Sir Christopher Frayling.


On the other hand, if a young person wants to work with their hands, meet other like-minded people, and be taught by craft specialists at the top of their field, there is very little in place. The Creative Dimension Trust is going to fix that.”


“In 2016 you can go through the whole education system – primary, secondary and tertiary – without having any contact with materials, without making anything. Participation in craft related subjects including craft design technologies, is in free fall in secondary schools. And where higher education is concerned, according to the crafts councils latest statistics, between 2007 and 2013, the number craft courses fell by 46%.


Because craft courses are labour intensive, they take up a lot of space, they involve technicians and machinery, and health and safety, they’re dirty and nobodies come up with a better way of teaching them than one to one. A gifted practitioner with a student. And for all these reasons they’ve become an endangered species.


And this is where I think The Creative Dimension Trust comes in.


Providing, as it does, intensive courses for 14-18 year olds, in various locations, under the best and most experienced guidance.

In 2016, there were 7 crafts including gilding, carving and woodwork, stonework, hand engraving and mural painting. That’s 7 crafts, and 40 students in fully funded workshops.

And there are plans for a lot more crafts in 2017: 10 summer schools, Saturday schools, for the production of teaching videos…and so on.


The trust is a real success story and it’s on an upward curve and it’s a very, very good idea.”